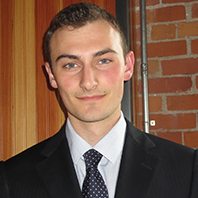 Prior to joining Rock Point Advisors, Jackson worked for the City of Burlington. At City Hall, Jackson performed the analysis behind debt offerings to finance the City’s public investment action plan. He also worked with city officials to move the plans into action.

Jackson graduated with a B.S. in Finance and minor in Economics from the University of Vermont. He currently resides in Milton with his wife and enjoys skiing, sailing, hockey, and hiking.